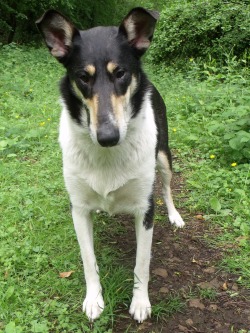 Juniperwood Dream Maker (Honey-Bee) is now owned by Abby Lusty and lives in the Forest of Dean. Honey competes in agility and the breed ring and has won to date 3 CC's and BIS at the collie association open show with a massive entry of 144 collies. 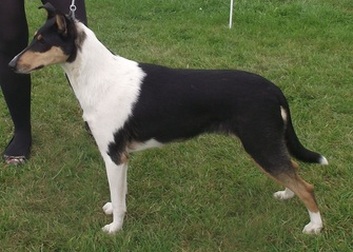 Senka is owned by Abby Lusty from the Forest of Dean. Abby does agilty with Senka as breed show. Senka Won BPIB at leeds city Championship Show,  Welsh Kennel Club Championship show and City of Birmingham Championship Show and is Qualified for Crufts 2012, Gloucestershire dog of the year 2012, Gloucestershire puppy of the year 2012 and Smooth collie puppy of the year 2012! She has also achieved her Bronze Good Citizen award and won both her classes at Crufts 2012 qualifying her for crufts 2013! In 2013 Senka has been lightly shown but has won many BOB at open show a G2 and a G1 placing. RBB at a champ show (no CC's),  CC,BOB and shortlisted in the group at LKA and RCC at London collie club and at leeds championship dog show. 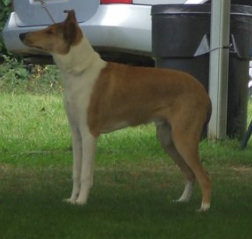 Henry is owned by Mrs Hall and has qualified for Crufts 2012 at his first show. 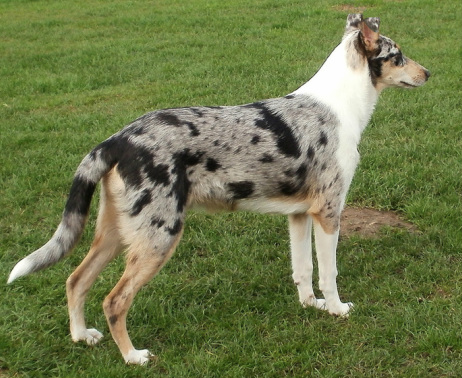